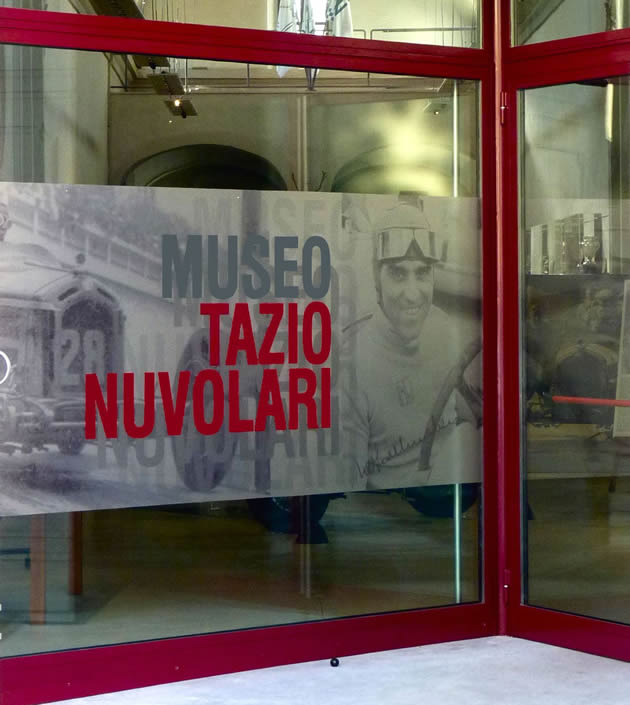 Tazio Nuvolari's Museum was inaugurated (opened its doors) in 1985, on the basis of a specific testamentary disposition of the pilot, who gave his sports Heritage to Automobile Club Mantova. He was President of the AC Mantova too, for 7 years, from 1946 until he passed away. From 1985 until the end of 2008 Museum was located in a wing of the 14th-century Palazzo del Podesta', Piazza Broletto. As a result of an order of the local administration, that for those same spaces had forseen other uses, the Museum was closed. From September 2010 through December 2011, a temporary exhibition was held, at the charming Captain's Rooms in the Palazzo Ducale. Eventually, on 16th of November 2012, the 120th anniversary of the birth of Nuvolari, memorabilia and trophies of the "Flying Mantuan" have found a new home in the former church of Carmelino, via Giulio Romano in Mantua. The new location, committed by the City to Automobile Club of Mantua, was duly renovated in order to adapt the premises of the Historical Archives in a place of preservation and fruition of the memories of the "Flying Mantuan". The project, led by architect Franco Mondadori, was entirely financed by the "Friends of the Museo Tazio Nuvolari Onlus" Association which was signed by many individuals and local firms. 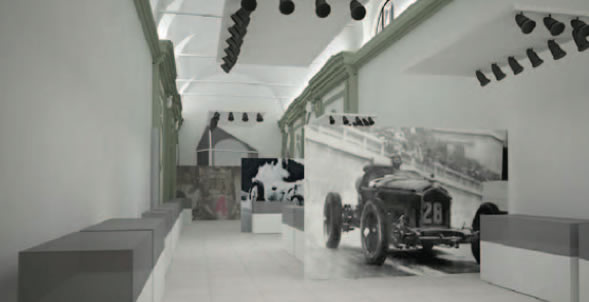 The result is a gift to the citizens that not only will finally revive the sporting exploits of one of the most illustrious of Mantuan personalities, but also visit a historic building of the Renaissance, until now inaccessible to the community.