The most beautiful race in the world will pass on June 15th in the city of Virgilio, the Gonzagas and Tazio Nuvolari. Extraordinary opening of the Museum dedicated to "Nivola". Along the shores of Lago di Mezzo they will face the Time Trials that will sanction the winner of the 130 Nuvolari Trophy, established by the Mantova Automobile Club and the Municipality of Castel d'Ario to celebrate the 130th anniversary of the birth of Tazio Nuvolari, the Mantovano Volante.

On the occasion, Fabio Castagna will present the Digital Card initiative with the President and the Director of ACI Mantua, a multilingual interactive postcard, which ACI Mantua will promote internationally, to offer an emotional vision during NIVOLA'S YEAR activities.

After the success at the “Wheels in History” meeting at the Vittoriale degli Italiani, it will be distributed

in the Mantua area, in collaboration with the Club 8Volanti Tazio Nuvolari - affiliated with ACI Storico - during the 130 Nuvolari Trophy and the passage of the 1000 Miglia. It will be possible for free to discover and view the historical enterprises conquered by our Mantuan champion in past editions. Multimedia cards of the races, cars, photo and video galleries.

In addition, the Tazio Nuvolari Museum offers reduced-price admission to those who present the postcard at the ticket office by 31 December 2022. 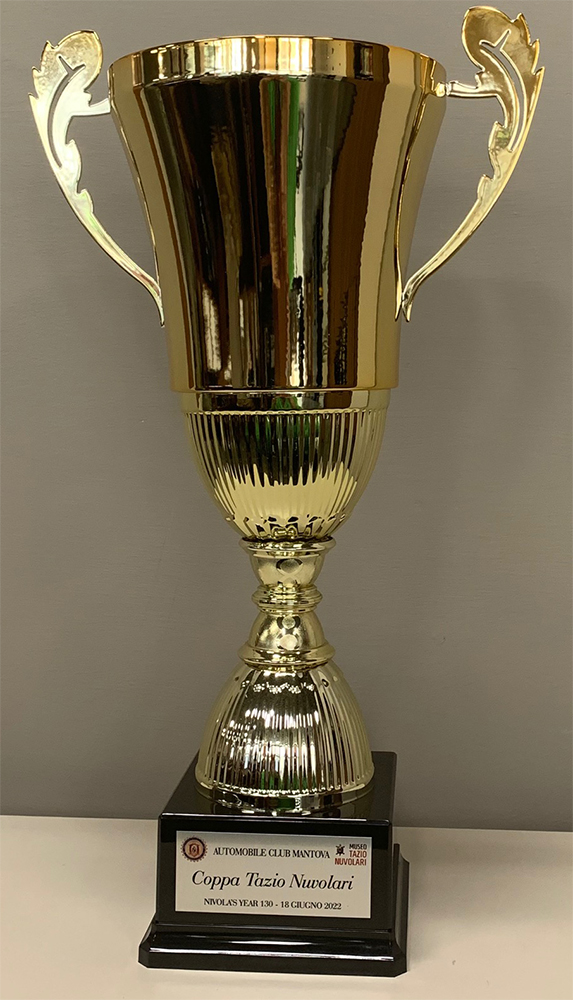